2019-08-04: Started this chapter by reading over the instructions several times to understand how the different layups goes. The cores and glassing them is a rather simple procedure, but then comes the layups and the attachment and alignment to the wings which is a step more complicated. 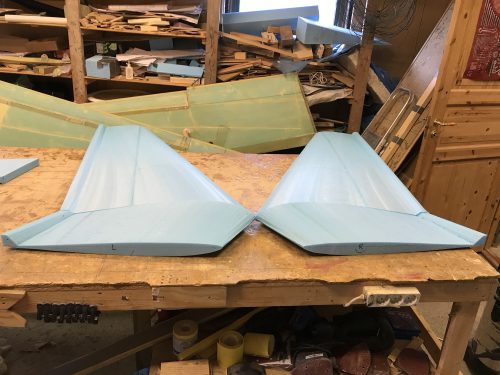 I had to make a shorter hotwire saw for the lower winglets. As usual my wife Torill helped me here.

After studying some builders logs I finally understood how it was to be. The upper template has to be placed juslt like it was on the upper winglet, with the curvature facing inside. The lower template has the curvature facing outside. The lower winglet will by this have a somewhat strange airfoil as it kinda morphs from inside to outside curvature. This picture shows it more in detail: 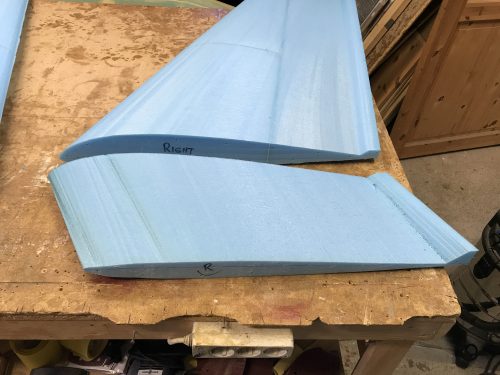 There where some hotwire-snags caused by some snags in the templates. This will be fixed when glassing. 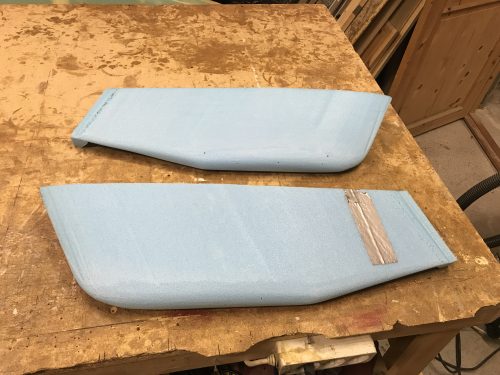