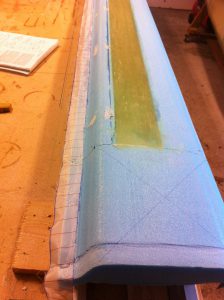 2012-05-20: Removed the peel-ply on the spar-cap, sanded some bumps and dried epoxy. Sanded a 1″ wide depression on each tip where the canard-tip is to be taped on later. Stapled a 1″ wide strip of peel-ply to the trailing edge. 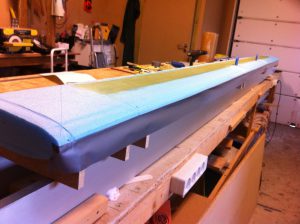 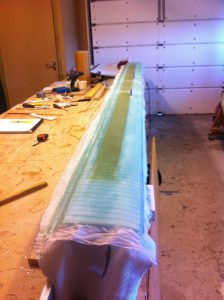 2012-05-21: Glassed the bottom skin according to plans. Peel-plied everything as usual. Very straightforward job. 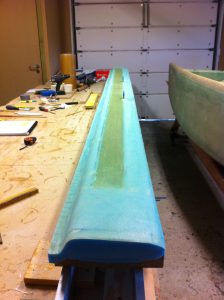