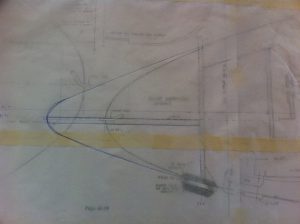 2014-01-13: I never liked the standard nose shape. I think the nose is too blunt. I decided to make the nose 4″ longer. Many builders have made their own nose shape, the longest I’ve heard of is over 8″ longer than the stock nose. 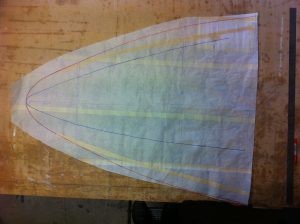 2014-01-13: I did not alter the shape of the nose compartment very much, the bottom is all stock, the top and the sides are changed a bit (wider) to achieve a nice line from the IP.
I traced the lines both sideways and from the top on paper, and made templates of plywood. 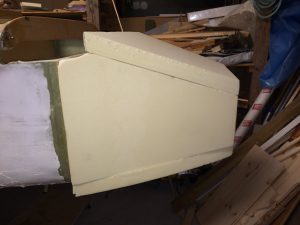 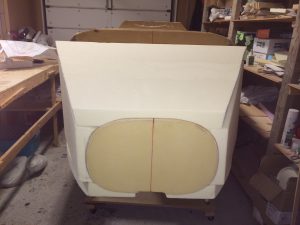 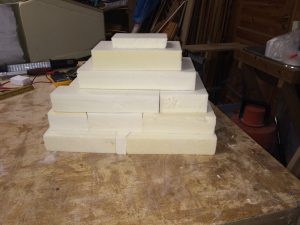 2014-01-13: I will make a hollow nose-cone, since I will mount the landing lights here. Glued some urethane-blocks together. 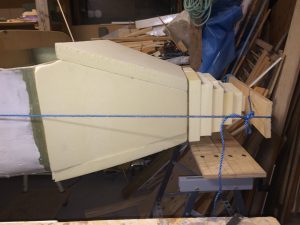 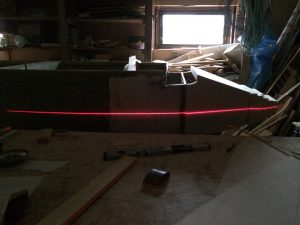 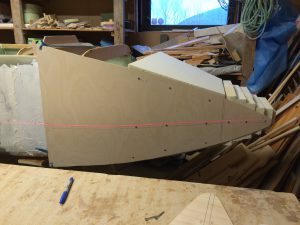 2014-02-15: WL10 this is also marked on the templates. The lower line is the center-line measured from the point of the nose. I fastened the plywood templates with drywall screws on both sides. 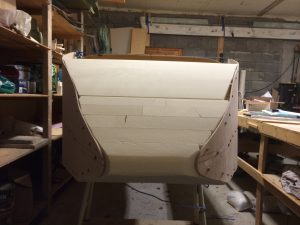 2014-02-15: Then I sanded the top urethane down to the side templates. Many builders hate the urethane foam, I love it. It’s so easy to shape and sand. But it’s easy to damage the foam, so one have to be careful handling the parts until they are glassed. One other nice thing is that the dust is heavy so it just falls down to the floor instead of flying into the air. I use the shop vacuum cleaner often to keep the foam and floor as clean as possible. 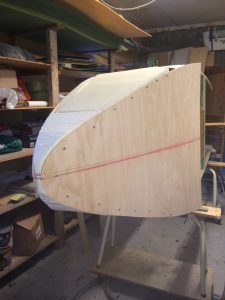 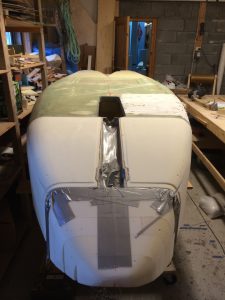 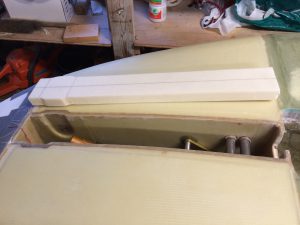 2014-03-08: I decided to make the nose strut cover while the fuselage is upside down. I cut out a urethane block that would fit inside the nose wheel opening. 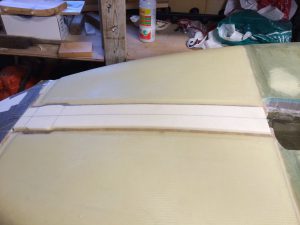 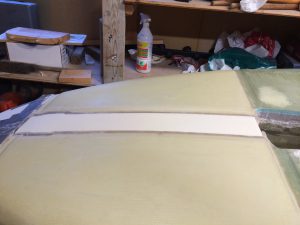 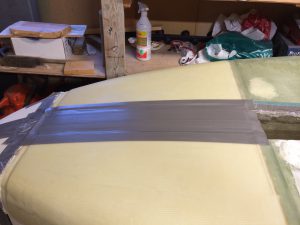 2014-03-08: Covered the bottom with tape prior to glassing 3 BID. Peel plied and Set to cure. Will continue with this in a later step, together with making the nose wheel doors.